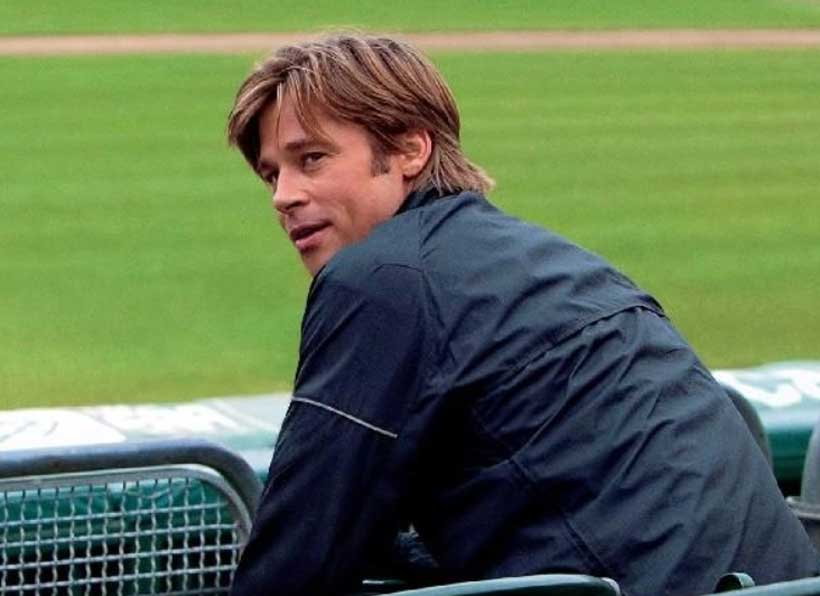 Baseball movies and the gifts of the Holy Spirit

It’s the bottom of the ninth. Bases are loaded; the game is tied. As the batter walks up to the plate, anticipation builds. The stands are silent. The pitch goes out; then, a crack. The ball rises, high into the air, going, going … gone. The silence dissipates, replaced by the rumbling cheers of wild fans. The stadium surges; this is what baseball is all about.

There’s a reason baseball has endured in American culture, and why the World Series is a big deal, even to this day. Even for the most fleeting of sports fans, going to a ballgame is exciting. The atmosphere, the camaraderie and the anticipatory sense of wondering what’s going to happen next taps into something innate in our humanity – not to mention the inimitable ballpark hot dogs (best enjoyed, of course, with an ice-cold beer). Baseball provides a sort of nourishment not only for the body, but also for the mind and soul.

Baseball is also a sport that’s rich with incredible stories about the human spirit, many of which have been made into films that are considered classics. God’s design for all aspects of humanity is meticulous and intentional, and as such, it is impossible to separate the human from the spiritual. God, in his infinite wisdom and power, had a hand even in the game of baseball, and amid all the timeless stories of perseverance, impossible odds and love for the game that have unfolded since the genesis of the sport, the Holy Spirit can be found if you look close enough.

The Book of Isaiah describes the seven gifts of the Holy Spirit – piety, fortitude, understanding, fear of the Lord, counsel, wisdom and knowledge – and indeed, these gifts are made manifest in the stories that baseball and film lovers alike always come back to. Here are seven films streaming right now on various platforms that reflect these seven gifts.

In the spiritual life, piety is a path to holiness. Holding steadfast to the faith in the Lord makes even the impossible possible. The 2002 film “The Rookie” tells the inspiring story of Jim Morris (played by Dennis Quaid), who against all odds debuted in Major League Baseball at the age of 35 as pitcher for what was then called the Tampa Bay Devil Rays. Besides being just a great feel-good film, “The Rookie” offers proof that through pious devotion to something you love (and maybe a little intercession from St. Rita along the way), blessings beyond your wildest dreams can – and do – happen.

The tale of Jackie Robinson, the first African American to play in the major leagues, is stuff of legend. The resilience and courage he displayed to do what he loved changed the face of baseball forever, and American culture followed. The film “42” stars the late Chadwick Boseman, who gives a powerful performance as a man who endured immense suffering after he was signed by Branch Rickey (played by Harrison Ford), a devout Christian baseball executive who saw something in Robinson that nobody else did: fortitude. In the film, Rickey likens Robinson’s suffering to Christ’s 40 days in the desert, but as Robinson used to say, “God built me to last,” and last he did.

Some say the classic film “The Natural” starring Robert Redford is the best baseball film ever made, and while such a classification is subjective, it is pretty darn good. Redford plays Roy Hobbs, a natural baseball talent who is injured in his teen years but is signed as a rookie later in life and dazzles with his abilities. There are those who would like to see Hobbs fail, and he is even bribed to throw a big game. The gift of understanding is the ability to interpret and comprehend the meaning of a message, and despite the allure of what seems like an easy way out for Hobbs, he is able to discern otherwise – an important lesson not just in the game of baseball, but in life as well.

Fear of the Lord: “The Sandlot” PG (Disney+)

“The Sandlot” is not simply one of the greatest baseball movies of all time; it’s also one of the greatest movies about the wonders of childhood. The film follows a ragtag group of youngsters who share a common love of baseball and gather to play at their local sandlot. Of course, they have many escapades along the way – confusion about s’mores, nearly drowning at the local pool and losing a ball signed by Babe Ruth – but through it all, they remain loyal to one another and retain their collective amazement of baseball. As they get older, that amazement never fades, and there is certainly an important analogy to be made in maintaining a similar amazement and wonder of the Lord as life unfolds – a fear of the Lord, as it were.

The classic film “Field of Dreams” is perhaps best known as the origin of that famous line, “If you build it, he will come.” The movie stars Kevin Costner as Ray Kinsella, a devoted baseball fan who lives on an Iowa corn farm. One evening, while walking through his cornfield, he hears a voice whispering that famous line, and he envisions a baseball diamond in the middle of the cornfield. His wife supports his vision and he builds the field at the risk of financial hardship. “Field of Dreams” is a touching story about family, friendship and the unifying love of baseball, and there is an important lesson to be found about learning to rely on the counsel of others while following a dream.

In 1957, the Industrial Little League of Monterrey, Mexico, did something nobody expected and something that has not been done since: they defeated the U.S. team at the Little League World Series, and they pitched the only perfect game in Little League history. This extraordinary story is recounted in the 2009 film “The Perfect Game.” At its core, it is a true “underdog” story; the Mexican team was certainly not expected to make it to the Little League World Series, let alone win, and they were met with racism and other trials when they arrived in the U.S. However, with struggles come wisdom, and indeed, those underdogs from Monterrey proved to be much wiser – and formidable – than nearly anyone expected.

Baseball’s reliance on numbers is an often-overlooked aspect that many don’t realize is crucial to the sport. Major league scouts use an approach called sabermetrics to assess player value and predict how well they’ll perform. In 2002, Billy Beane and Paul DePodesta revolutionized sabermetrics by taking an unconventional approach to assessing player value and assembling a team of undervalued players for the Oakland Athletics. Their story is recounted in the 2011 film “Moneyball,” and it’s a fascinating look at all of the statistical and quantitative analysis that goes into assembling a major league team. They say knowledge is power, and through a deep knowledge of baseball and their ability to think outside the box, Beane and DePodesta implemented a practice that is still used in professional baseball today.

Subscribe to Catholic San Francisco, our print magazine, for free!