FAITH AND FILM: FINDING GOD AT THE MOVIES

Faith and Film: Finding God at the Movies
“Great stories are concerned with nothing less than the whole point of living” (Joseph Conrad). Yet a distinctive mark of today’s movies is the presence of the absence of God. We will discuss a sample of movies which portray what is left of our human aspirations after God is forgotten, and show why a spiritual awakening is essential to human happiness. Helping others to come to this realization – to find God “in the dark” – is at the heart of our mission of evangelization. 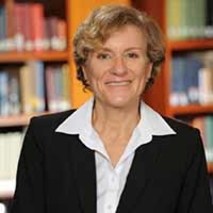 Dr. Margaret Turek is originally from the Midwest. She earned a B.A. at the University of San Francisco where she studied in the St. Ignatius Institute, an M.A. at the Dominican School of Philosophy & Theology, and a Doctor of Sacred Theology degree at the University of Fribourg, Switzerland. Prior to her graduate studies, she received spiritual formation as a Carmelite for six years. Dr. Turek’s scholarly interests include Trinitarian theology, Soteriology, and the re-integration of Dogmatic Theology and Spirituality. Before joining the faculty at STPSU in 2001, she was a tenured Associate Professor of Systematic Theology at the University of Dallas. She also teaches in the Deacon Formation Program for the Archdiocese of San Francisco and the Diocese of Oakland. 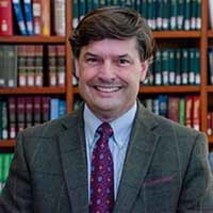 Anthony Lilles, S.T.D. has served the Church and assisted in the formation of clergy since 1994, and now is the academic dean of St. Patrick’s Seminary in Menlo Park.  Having served the Archdiocese of Los Angeles as Academic Dean and associate professor of theology at St. John’s Seminary, he holds a BA in theology from the Franciscan University of Steubenville and has both the ecclesiastical licentiate and doctorate in spiritual theology from the Pontifical University of Saint Thomas Aquinas in Rome (the Angelicum). He was a founding faculty member of Saint John Vianney Seminary in Denver where he also served as academic dean and coordinator of spiritual formation for the permanent deacon program. He has published Hidden Mountain Secret Garden, Omaha: Discerning Hearts (2012) and Fire from Above: Christian Contemplation and Mystical Wisdom, Manchester: Sophia (2016). 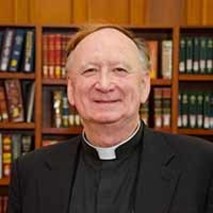 Fr. Herrera studied for the Archdiocese of Los Angeles for six years and then entered the Society of Jesus. After ordination, he worked as a parish priest in Hollywood, California. After studies in Near Eastern Languages and Literatures at Yale, he moved into neuropsychology and worked at the Neuropsychiatric Institute at UCLA with the Brain Injury Research Center.  He served at St. John’s Seminary College for 8 years and was the Director of Spiritual Formation, Senate president and chair of the Social Sciences Department. He was Director of Spiritual Formation and Psychological Services at the Pontifical College Josephinum and was spiritual father at the Collegio Bellarmino in Rome for three years. He was director of the Centro Joseph Ratzinger in Rome while working with the Ratzinger Stiftung.  He has taught Psychology and Theology as well as Greek and Latin for the Pontifical Anselmo, the Pontifical Santa Croce, and the Gregorian University in Rome. He served seven years as a Spiritual Director at the Pontifical North American College in Rome. He has extensive experience with retreats for seminarians.

On Gravity with Dr. Margaret Turek

On The Island with Dr. Anthony Lilles

On The Prisoner with Dr. Larry Herrera