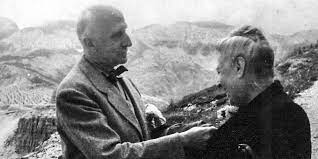 Relics of the first married couple to be beatified together by the Catholic Church can be venerated inside St. Peter’s Basilica this week during the World Meeting of Families in Rome.

Blessed Luigi and Maria Beltrame Quattrocchi are the official patrons of the 10th World Meeting of Families taking place in Rome on June 22-26.

The Italian couple was married for 45 years, enduring two world wars together and nurturing their four children’s vocations in service of the Church amid unprecedented difficulties facing Europe.

Both of their sons became priests in the 1930s and went on to concelebrate the beatification Mass of their parents with Pope St. John Paul II in 2001.