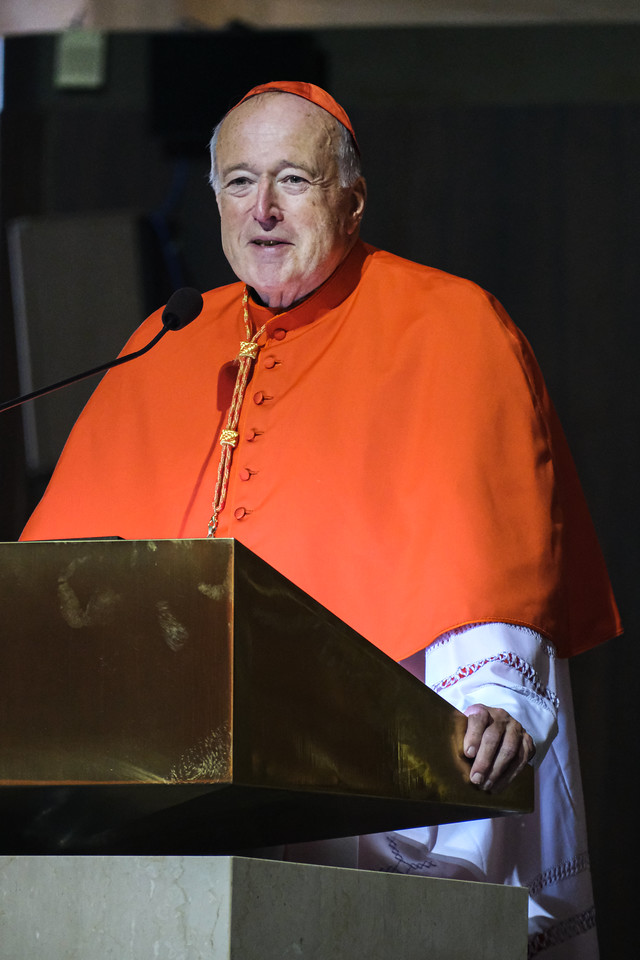 Parishioners from across the Archdiocese joined in prayer on October 27 to honor Cardinal Robert McElroy, the first native son of San Francisco to be made a Cardinal. Archbishop Salvatore Cordileone hosted the Cardinal for Vespers and a reception.

In his homily, Cardinal McElroy reflected upon the significance of the event, having been a seminarian in 1971 at the blessing of the new Cathedral of St. Mary of the Assumption, being ordained and consecrated a Bishop in the same Cathedral, and now coming back to the Cathedral as a Cardinal.

“We were here to witness that ceremony, the coming together of this great Cathedral, which was such a beautiful aspiration to the heavens, linking heaven and earth in its architecture, its design and its love for God,” said Cardinal McElroy. “It is beautiful to be with you here tonight and to join you for a moment of prayer in this place.”

The Cardinal continued, “The Good Shepherd is the Responsorial Psalm that we’re going to pray in a minute, and it encapsulates the beauty of God’s love for us, which is tender and constant and caring and without reserve. I give thanks for the faith which I received in my own life from my family and from all those who helped form me….I give thanks also for so many of you whom my life has overlapped with at various points as collaborators in this great work of ours, which is the life of the Church.”

The event at St. Mary’s Cathedral follows a Mass of Thanksgiving that Cardinal McElroy celebrated at St. Gregory’s in San Mateo on Sept. 18.