History of the Archdiocese of San Francisco

The first Archbishop of San Francisco (1853-1884) was a Dominican priest named Joseph Sadoc Alemany, a naturalized American citizen who was born in Spain and immigrated to the United States in 1840 to work as a missionary in the territories of Kentucky, Ohio, and Tennessee. Alemany had been Provincial of the American Dominicans for two years when he was named Bishop of the Diocese of Monterey in 1850. Initially, Alemany was reluctant to come to California, but Pope Pius IX told him, “Where others are drawn by gold, you must carry the cross.”

At its foundation and throughout its history, the Archdiocese of San Francisco has been “an immigrant Church.” Building on an existing contingency of Spanish-speaking Catholics, early immigrants to the region included Irish, French, German, Italian, and Portuguese Catholics. In the first three decades of its existence, the Archdiocese of San Francisco under the leadership of Archbishop Alemany built up an extensive system of schools, orphanages, hospitals, and homes for the elderly, and other institutions of charity. These Catholic institutions could not have existed without the heroic efforts of many religious orders of women.

By 1884, the Catholic Church was firmly established in San Francisco and northern California. In no small part, Dominican Sisters, Notre Dame de Namur Sisters, Sisters of Charity, Presentation Sisters, Mercy Sisters, and the homegrown Sisters of the Holy Family, and women of other religious congregations formed the safety net of social services and built a continuing legacy of Catholic Education. Meanwhile, the priests of the Jesuit, Dominican, Salesian, Paulist, and Franciscan religious orders of men were prominent in the expansion of parochial and educational institutions of the Archdiocese. 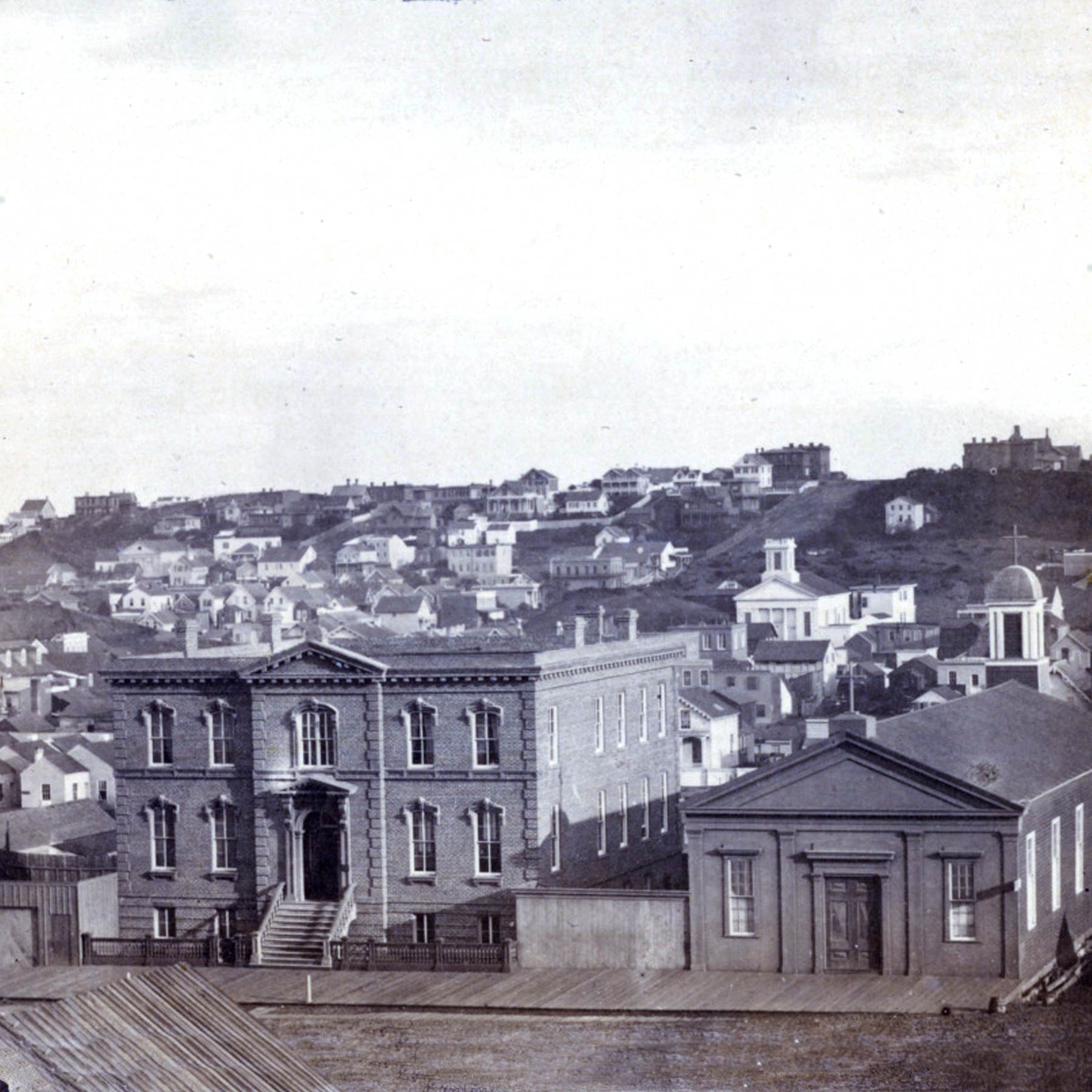 During the 1890s, the Church in San Francisco began to feel the attacks of the anti-Catholic American Protective Association (APA). In 1894, a controversy was ignited when Catholics complained of anti-Catholic textbooks being used in public schools. A diocesan priest, Father Peter Yorke, who was then editor of the Archdiocesan newspaper, The Monitor, emerged as the great defender of Catholic interests. He published a series of exposes on the APA and engaging in public debates and played a key role as a labor activist. In the Teamsters’ Strike of 1901, Yorke placed the Catholic Church of San Francisco firmly on the side of labor, making impassioned speeches to thousands of workers. He said, “As a priest, my duty is with the working people, who are struggling for their rights, because that is the historical position of the priesthood and because that is the Lord’s command.” 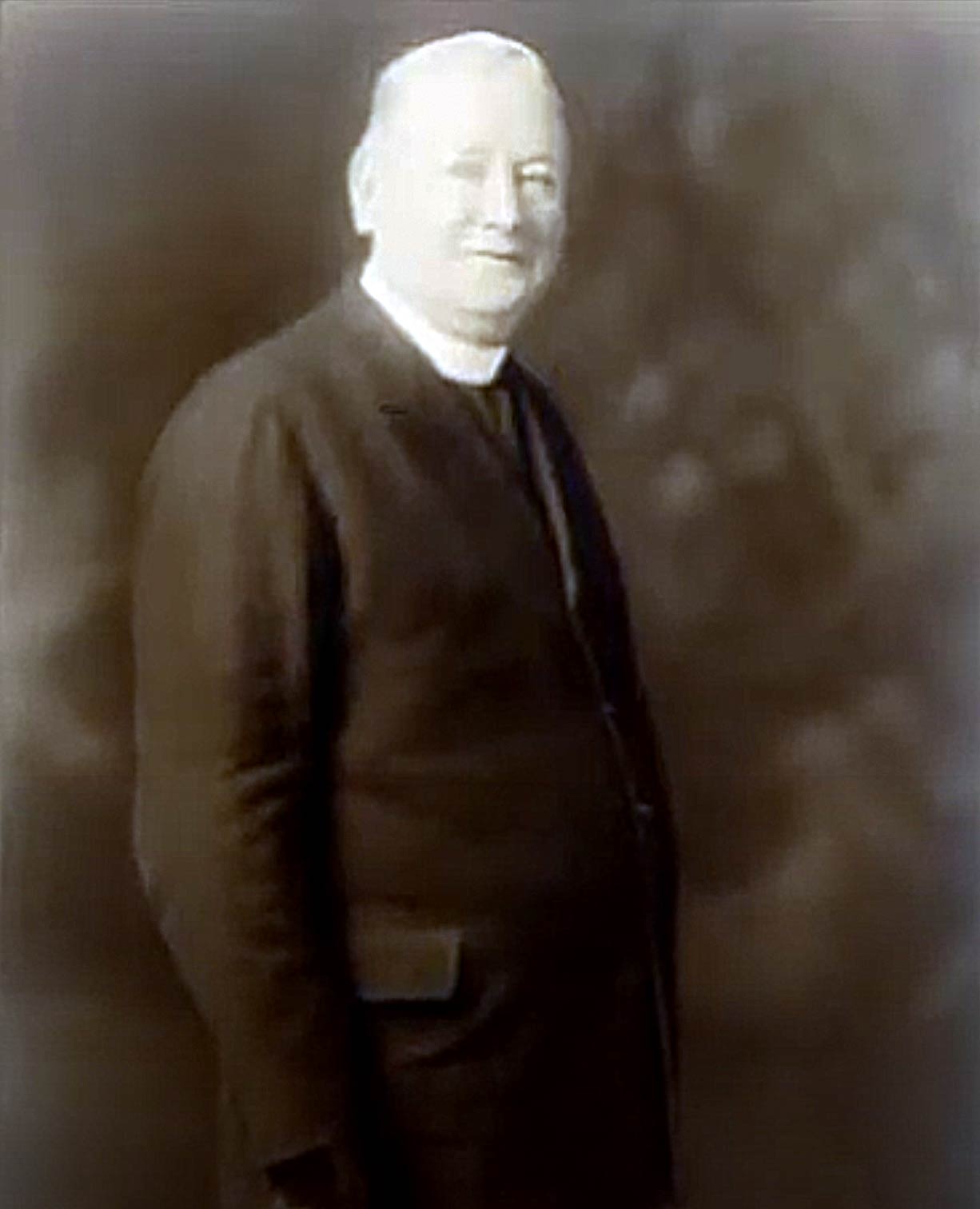 On the morning of April 18, 1906, the City of San Francisco and the surrounding area felt the impact of an earthquake estimated to be 8.4 on the Richter scale. Fires burned in the city for three days after the earthquake. Hundreds lost their lives and a quarter of a million San Franciscans were left homeless, while scores of Catholic churches and schools were heavily damaged.

The second Archbishop of San Francisco (1884-1914), Patrick Riordan, visited the people living in temporary camps and celebrated open-air Mass, assuring the people, “We shall rebuild.” In a dramatic public speech, Archbishop Riordan asserted the words of St. Paul, “’I am a citizen of no mean city,’ although it is in ashes. Almighty God has fixed this as the location of a great city. The past is gone, and there is no lamenting over it. Let us look to the future and without regard to creed or place of birth, work together in harmony for the upbuilding of a greater San Francisco.”

The years of the third Archbishop of San Francisco, Edward J. Hanna, saw continued growth in California and the ravages of the Great Depression. Hanna continued the tradition of Archbishops who fostered Church growth and advanced the cause of Catholicism in the region. He also gained wide acceptance and praise from all religious denominations and civic and labor leaders. Historian Father Robert Gribble noted that Hanna was active as a servant of the American Catholic Church, and also participated in local, state, and national affairs to a great extent. Consistent with the social teaching of the Catholic Church as outlined in Pope Leo XIII’s 1891 encyclical, Rerum Novarum, Hanna in a 1916 Labor Day speech, promoted workers and organized labor. Still, all sides respected him. The Archdiocese grew by nearly three-dozen schools and nearly four-dozen parishes during his tenure.

The fourth Archbishop of San Francisco, John J. Mitty, came to California by a circuitous route. Born in New York City and orphaned at the age of 14, he completed his studies for the priesthood in New York State and went on to receive a doctorate from the Lateran College in Rome, where he also taught. With America’s entry into World War I, Mitty served as a military chaplain with the U.S. Army in France.

After the war, he was a pastor of a Bronx parish before being named Bishop of Salt Lake City, where he served for six years. In 1932, Mitty was named Coadjutor Archbishop of San Francisco and became Archbishop three years later. Mitty’s greatest achievement was the creation of a highly motivated, well-trained diocesan clergy, which he boasted was the equal of any religious order of men.

Appointed by Pope John XXIII and installed in April 1962, Archbishop McGucken faced the task of building a new St. Mary’s Cathedral to replace the cathedral on Van Ness Avenue that burned down five months after his arrival. During his tenure, many new parishes and schools were opened as the growth of the Catholic population continued. Continuing its tradition as an immigrant church, the Archdiocese of San Francisco saw a large influx of Catholics from the Philippines, Mexico and Latin America, Korea, Japan. Vietnam, Hong Kong, and Africa.

Archbishop John R. Quinn became the Sixth Archbishop of San Francisco on February 22, 1977, beginning an eventful 18-year tenure marked by attention to major social issues of the day as well as international events. Archbishop Quinn’s leadership firmly placed the Catholic Church of San Francisco squarely on the side of the poor, the displaced, the sick, and the powerless. In 1987, Pope John Paul II’s visit to San Francisco included a Mass at Candlestick Park attended by 70,000 Catholics. In the aftermath of the 1989 Loma Prieta earthquake which damaged a number of churches and schools, the Archdiocese engaged in a pastoral planning process designed to renew the local Church for the new millennium. Implementation of the Pastoral Plan in 1993-95 led to new initiatives but also was marked by the painful process of closing a dozen parishes.  Archbishop Quinn’s webpage

Pope John Paul II declared the year 2000 a year of Jubilee in preparation for the new millennium. The highlight of the Jubilee year activities in the Archdiocese of San Francisco was a Mass celebrated at the newly constructed baseball park that is home of the San Francisco Giants. On Sunday, October 28, 2000, more than 32,000 Catholics braved storms and heavy rain conditions to exuberantly join in celebration of the Eucharist with Archbishop William Levada and other clergy. The Mass was preceded by an extraordinary celebration of the ethnic diversity in the Archdiocese of San Francisco.

Representatives from parishes made a procession into the park, ethnic dancers performed on the outfield grass, and the archdiocesan multicultural choir sang, “Celebrate – We have a Feast.” In 2003, Monsignor Ignatius Wang was appointed Auxiliary Bishop of San Francisco, becoming the first Chinese-born priest to be named a U.S. Bishop.

Following the death of Pope John Paul II in April 2005, the College of Cardinals elected Cardinal Joseph Ratzinger as his successor. The new pope took the name Benedict XVI. One of his first major decisions was the appointment of San Francisco Archbishop William Levada as his replacement as Prefect of the Congregation for the Doctrine of the Faith. In August 2005, the newly-elevated Cardinal Levada left northern California to take up his duties at the Vatican, and San Francisco Auxiliary Bishop John C. Wester was named interim Apostolic Administrator.  Cardinal Levada retired as Prefect July 2, 2012. He died in Rome on September 25, 2019. Cardinal Levada’s webpage

A video history: the first 150 years

At its sesquicentennial in 2003, the archdiocese created this video: Proclaiming the Gospel: A History of the Archdiocese of San Francisco: The First 150 Years, narrated by Joseph Campanella.