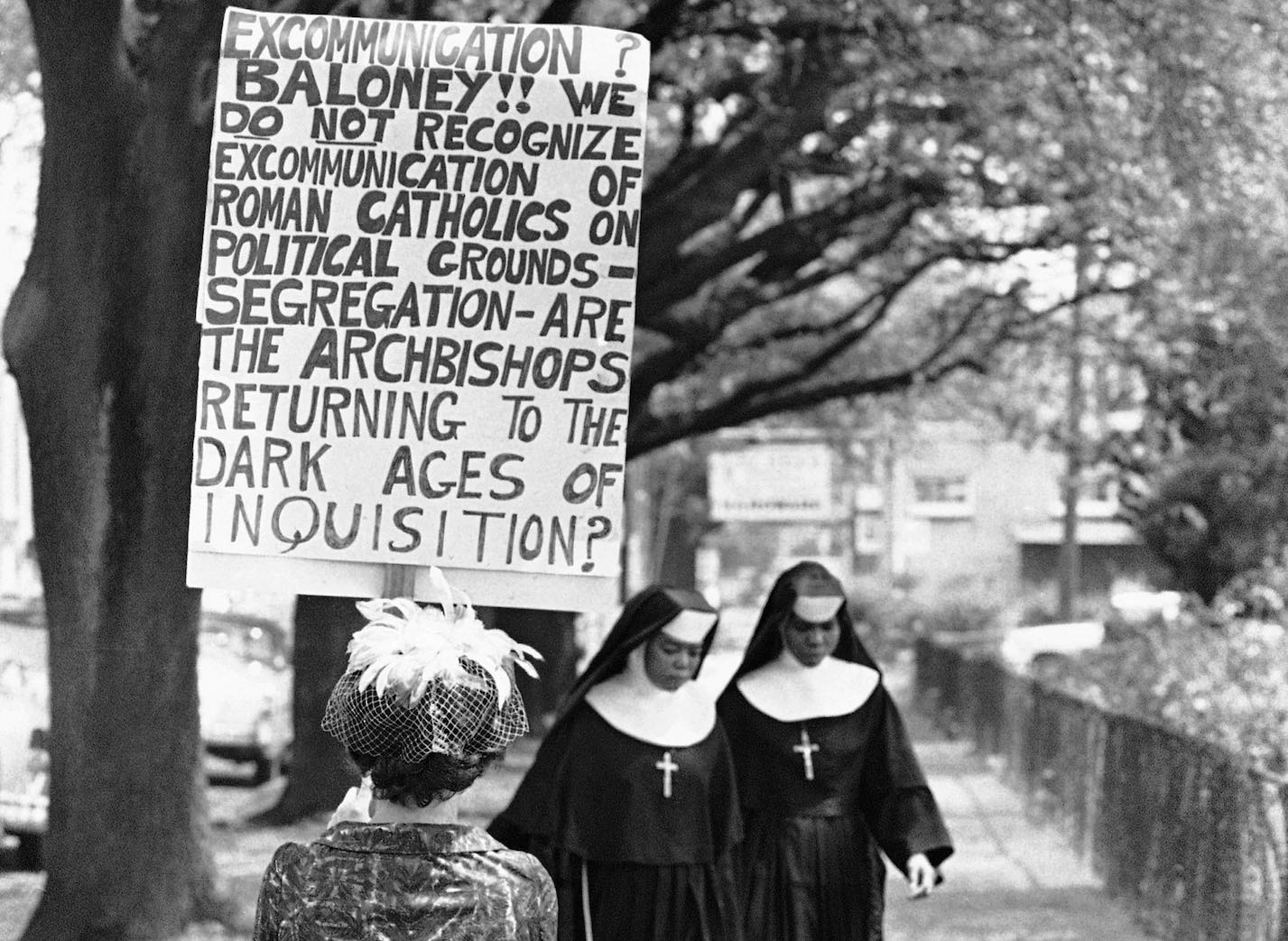 Prominent politicians lost no time in reacting hyperbolically to the Supreme Court’s decision refusing to enjoin Texas’s new law banning abortions after the detection of a fetal heartbeat. President Biden announced a “whole-of-government effort” to find ways to overcome the Texas measure. House Speaker Nancy Pelosi (D-Calif.) denounced the Supreme Court’s refusal as a “cowardly, dark-of-night decision to uphold a flagrantly unconstitutional assault on women’s rights and health,” and promised new legal action: “This ban necessitates codifying Roe v. Wade” in federal law.As a faith leader in the Catholic community, I find it especially disturbing that so many of the politicians on the wrong side of the preeminent human rights issue of our time are self-professed Catholics. This is a perennial challenge for bishops in the United States: This summer, we provoked an uproar by discussing whether public officials who support abortion should receive the sacrament of the Eucharist. We were accused of inappropriately injecting religion into politics, of butting in where we didn’t belong.

I see matters differently. When considering what duties Catholic bishops have with respect to prominent laymen in public life who openly oppose church teachings on abortion, I look to this country’s last great human rights movement — still within my living memory — for inspiration on how we should respond.The example of New Orleans Archbishop Joseph Rummel, who courageously confronted the evils of racism, is one that I especially admire. Rummel did not “stay in his lane.” Unlike several other bishops throughout this country’s history, he did not prioritize keeping parishioners and the public happy above advancing racial justice. Instead, he began a long, patient campaign of moral suasion to change the opinions of pro-segregation White Catholics.In 1948, he admitted two Black students to New Orleans’s Notre Dame Seminary. In 1951, he ordered the removal of “white” and “colored” signs from Catholic churches in the archdiocese. In a 1953 pastoral letter, he ordered an end to segregation throughout the archdiocese of New Orleans, telling White Catholics that, because their “Colored Catholic brethren share … the same spiritual life and destiny,” there could be “no further discrimination or segregation in the pews, at the Communion rail, at the confessional and in parish meetings.”

In 1955, Rummel closed a church for refusing to accept a Black priest. In a 1956 pastoral letter, he declared:“Racial segregation as such is morally wrong and sinful because it is a denial of the unity and solidarity of the human race as conceived by God in the creation of Adam and Eve.” On March 27, 1962, Rummel formally announced the end of segregation in the New Orleans Catholic schools.Many White Catholics were furious at this disruption of the long-entrenched segregationist status quo. They staged protests and boycotts. Rummel patiently sent letters urging a conversion of heart, but he was also willing to threaten opponents of desegregation with excommunication.On April 16, 1962, he followed through, excommunicating a former judge, a well-known writer and a segregationist community organizer. Two of the three later repented and died Catholics in good standing.

Was that wrong? Was that weaponizing the Eucharist? No. Rummel recognized that prominent, high-profile public advocacy for racism was scandalous: It violated core Catholic teachings and basic principles of justice, and also led others to sin.

In our own time, what could be a more egregious “denial of the unity and solidarity of the human race” than abortion? Abortion kills a unique, irreplaceable human being growing in his or her mother’s womb. Everyone who advocates for abortion, in public or private life, who funds it or who presents it as a legitimate choice participates in a great moral evil.Since the Roe decision, more than 60 million lives have been lost to abortion. Many millions more have been scarred by this experience, wounded victims whom society ignores.Abortion is therefore the most pressing human rights challenge of our time. Can we pastors speak softly when the blood of 60 million innocent American children cries out for justice? When their mothers are condemned to silence, secretly suffering the injuries of the culture of “choice”?

Yes, we need to speak just as strongly for these mothers, and of our obligations to provide new and generous options for women facing crisis pregnancies. And Texas gets this right: The state is investing $100 million to help mothers by funding pregnancy centers, adoption agencies and maternity homes and providing free services including counseling, parenting help, diapers, formula and job training to mothers who want to keep their babies.You cannot be a good Catholic and support expanding a government-approved right to kill innocent human beings. The answer to crisis pregnancies is not violence but love, for both mother and child.This is hardly inappropriate for a pastor to say. If anything, Catholic political leaders’ response to the situation in Texas highlights the need for us to say it all the louder.

Read the Washington Post Article
now
All Posts
Previous
|
Next