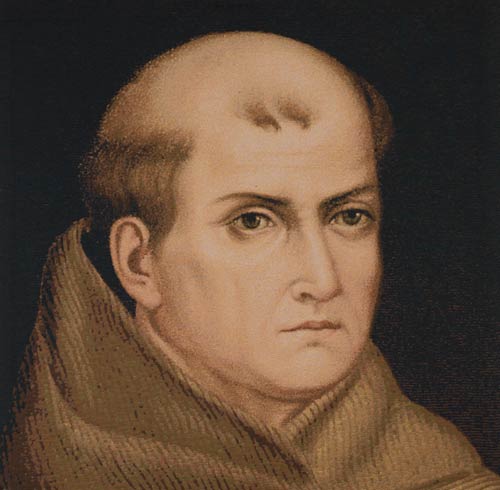 St. Junipero Serra’s heroism did not change when California Gov. Gavin Newsom signed a bill to ensure that his statue will no longer stand on the state capitol grounds, Archbishop Salvatore Cordileone of San Francisco said.

“This new law does not change the facts: Junípero Serra spent his life caring for and defending the indigenous people of California to the point of heroic virtue. Indian and Spaniard alike mourned when he died,” Cordileone said on Twitter Sept 29. “We would do well to imitate his virtues. We ignore history to our peril.”

California Gov. Gavin Newsom signed legislation Sept. 24 to replace a statue of St. Junípero Serra at the state Capitol with a monument to the state’s indigenous peoples.

Newsom’s signature was widely expected after Assembly Bill 338 was passed with almost unanimous approval by legislators in both of the state’s chambers. The statue of the Catholic saint, canonized by Pope Francis in 2015, had stood in Sacramento’s Capitol Park since the 1960s. It was toppled by protestors last year in one of several attacks on statues of the Spanish saint across California amid widespread protests over racial injustice in the wake of the killing of George Floyd in Minneapolis.

The proposal had come under heavy criticism from historians and Catholics in the state, including California’s two Catholic archbishops, Salvatore Cordileone of San Francisco and José H. Gomez of Los Angeles, who in a Sept. 12 Wall Street Journal op-ed asked that both the proposed statue to the state’s native peoples and the Serra statue be allowed to stand at the Capitol.

Archbishops Cordileone and Gomez refuted AB 388’s characterization of Serra, which stated that “enslavement of both adults and children, mutilation, genocide, and assault on women were all part of the mission period initiated and overseen by Father Serra.”

“While there is much to criticize from this period, no serious historian has ever made such outrageous claims about Serra or the mission system,” the two prelates wrote.

While acknowledging that “Serra was a complex character,” they pointed out that “he defended indigenous people’s humanity, decried the abuse of indigenous women, and argued against imposing the death penalty on natives who had burned down a mission and murdered one of his friends.”

St. Pope John Paul II, who beatified Serra in 1988, prayed at his tomb at Mission San Carlos Borroméo in Carmel, and praised his “heroic spirit and heroic deeds,” and called him a “defender and champion” of the indigenous Californians.

“Very often at crucial moments in human affairs,” the pope said, “God raises up men and women whom he thrusts into roles of decisive importance for the future development of both society and the Church. … So it is with Junípero Serra, who in the providence of God was destined to be the Apostle of California, and to have a permanent influence over the spiritual patrimony of this land and its people, whatever their religion might be.”

The Associated Press reported Sept. 24 “it could be awhile before the monument is built” due to the permits needed to begin construction.

Information in this article is from Angelus News and Catholic News Agency.